Codenamed ERTMS, CCR, GOC 2.0, GPRS or even “digital twin”, all these new tools are part of moves to enhance performance. Railway industry as a whole is at a turning point in its history with substantial investment in digital technologies in the pipeline.

To meet its long-term targets, SNCF Réseau is stepping up the pace of its industrial overhaul by focusing on innovation. Tomorrow network will be digital, smart, telecommunications-friendly and with round-the-clock connectivity by exerting greater control over time and space. Spotlight on the innovations already adopted to form the backbone of tomorrow’s railway …

Shorter headways to accommodate a greater number of trains

ERTMS is a new generation signalling system, which is being installed on all the European networks. It is a vital new departure for through working between countries and smoother traffic flows. ERTMS is already in place in Germany and should ultimately replace the 27 different signalling systems currently in use in the European Union.

This technology represents a major step towards interoperability, with the different IT systems being be able to communicate with each other to simplify the train driving process. ERTMS manages train headways in real time by using GOC 2.0 or GPRS radio balises, which transmit real-time data between ground-based equipment, infrastructure and trains.

Until now, railway signalling systems were based on analog technology using lineside colour-light signals and marker boards. ERTMS technology heralds the era of cab signalling by transmitting real-time information to the driver: track occupation, train weight, maximum speed, deceleration and braking capacity. The driver can then adjust his actions in relation to optimum speed and halt his train immediately in the event of an emergency.

The changing face of technology

Equipping the network for ERTMS Level 2 means replacing all the signalling systems currently in use. From 2025, this system will be rolled out on the Marseille-Ventimiglia line and on the Paris-Lyon high-speed line without interrupting traffic flows. A feat in itself!

"Signature (of this agreement) marks a turning point for SNCF Réseau and its a high-performance very high throughput network. We will now be able to handle more trains and passengers, offering them greater punctuality, regularity and improved performance." 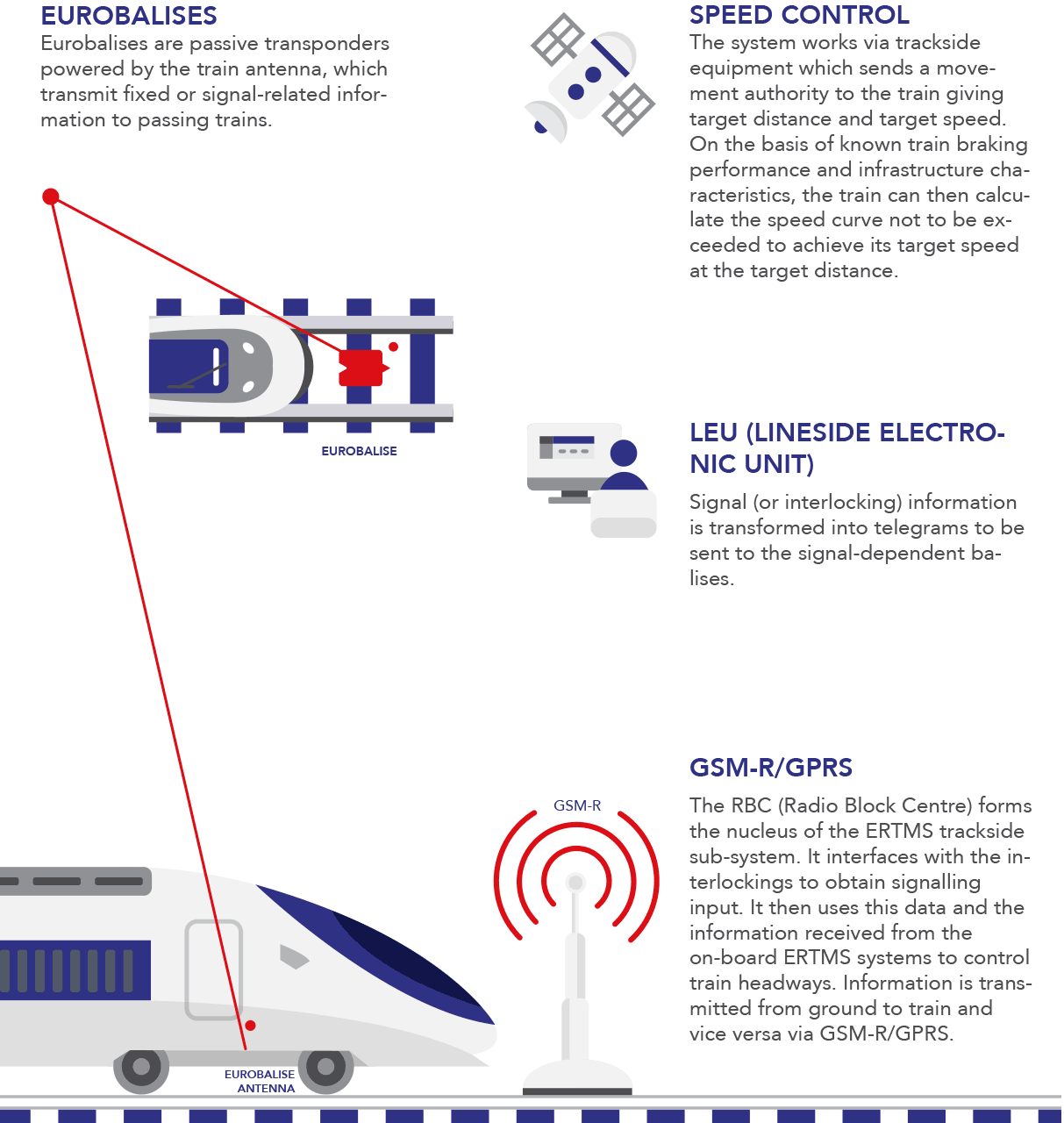 “Eurobalises” supplied with information from the train’s antenna transmit computer-coded messages to each passing train. These balises may be fixed, in other words pre-programmed once and for all, or variable. Variable data is dictated to the “eurobalise” by a Lineside Electronic Unit (LEU) and may relate to such things as a signal aspect or the route set by the next interlocking.

Here the keywords are centralisation and automation. The 1,500 signal boxes currently in use will soon be grouped together in 16 “railway control towers” dotted across the country. In their turn, these control towers will be coordinated and supervised from a single hub in Paris: the National Operations Centre. 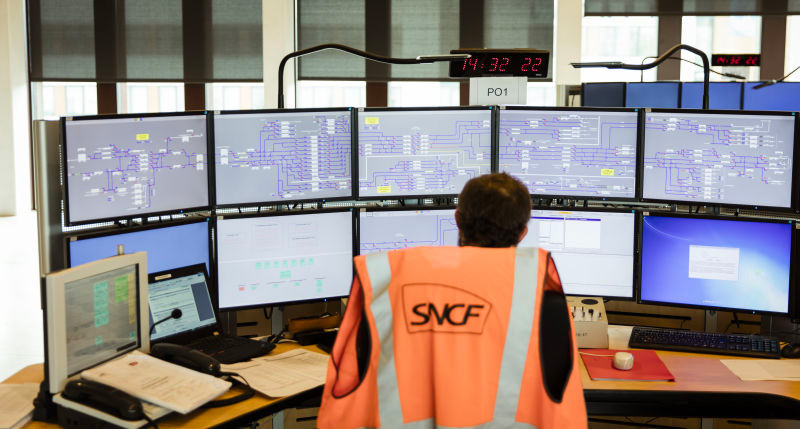 Rationalising team interaction will improve incident response or response to customer demand and culminate in more efficient traffic control. Decision-making will be easier with shorter lines of command and less duplicated information.

For passengers and train operating companies, the CCR will offer several practical advantages:

"The new digital and telecommunications technologies will make networks smarter. It will, for example, be possible to manage infrastructure assets more efficiently and increase capacity where needed."

Digital technologies are the passport to network modernisation. ERTMS Level 2 and CCR will be two of the mainstays of tomorrow’s network. SNCF Réseau is totally committed to innovation and other developments are in the test phase. It is stepping up its research and development activities to keep pace with technological progress and come up with new and efficient solutions offering minimal carbon footprint and capable of boosting accessibility and mobility nationwide.

Digital solutions represent a major technological paradigm shift. They require a whole new series of methods and mindsets making it necessary to rethink the organisation from top to bottom. It is only in 2030, when the entire network has been kitted out with these new technologies that their benefits will be truly felt.

In the meanwhile, SNCF Réseau is pulling out all the stops to modernise and upgrade its infrastructure. Its teams of men and women are working day and night, come rain, come shine, to create tomorrow’s railway, the people’s railway.