Green Bonds are designated bonds issued on financial markets by a public body or enterprise to fund projects in favour of ecological transition.

SNCF Réseau’s Green Bond issues are designed to fund infrastructure renewal and modernisation projects in line with its strategic target of enhancing railway performance under environmentally-friendly conditions. Results are expected by 2030.

To be eligible for Green Bond funding, projects have to comply with a number of standards and conform to global warming and biodiversity conservation requirements.

Trains: the mode of the future

Trains have the best pollution record of all mass transit modes. In France, the transport sector accounts for 30% of CO2 emissions. The railway, which handles 10% of domestic passenger traffic, is only responsible for 1% of these emissions. 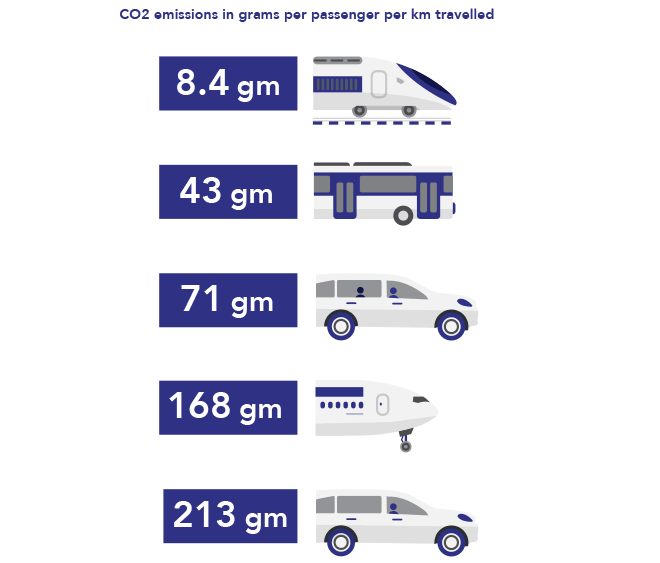 If properly developed, rail is therefore the only mass transit mode capable of making major inroads into the environmental impact of European travel. It can cater to both longer journeys and shorter commuter trips. Modernising the rail system is therefore vital to ensuring that the targets set in the Paris agreements of 2015 can be met. SNCF Réseau’s aim must therefore be to drive down its CO2 emissions by 25% between 2015 and 2025.

By bringing its equipment into line with European standards, the rail mode can improve the flow of its services across Europe. Its performance, flexibility and efficiency also stand to gain. Some of the latest digital innovations are now used for signalling, traffic management or network control, bringing alterations to managerial and operating practices. As rail enters the digital era, current practices and working methods are about to change. Cf. "Tomorrow’s network"

To make trains more attractive, maintain performance standards and passenger safety at the lowest possible cost, huge sums of money will need to be pumped into the system and it is Green Bonds that will, in part, fund this investment.

Reporting on results for greater trust

As a subscriber to the Green Bond Principles, SNCF Réseau delivers clear and precise reports on the use it makes of the funds raised through its Green Bond issues. These relate to the whole of a project lifecycle, including the quantities of carbon emitted during renewal and upgrading operations.

SNCF Réseau has transparency in its bloodstream. To earn investor trust and report on the use actually made of Green Bond funds, it has developed a method for calculating its pollutant emissions in partnership with Consultants Carbon 4. Details of this method are published and available for consultation.

It is this transparency that earned SNCF Réseau its Climate Bonds Initiative (CBI) certificate from German agency, Oekom Research.

For a carbon-neutral impact

The method shows that the impact of works operations on the environment is very quickly offset by the “clean factor” benefits they create. The Green Bond funds raised in 2017 will make it possible to avoid nearly 5.9 million tonnes of C02 equivalent over 40 years, which equates to the carbon footprint of 12,000 French citizens over the same period. In the short term, system modernisation will further improve rail’s pollutant record.