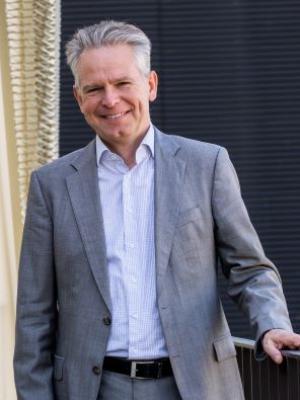 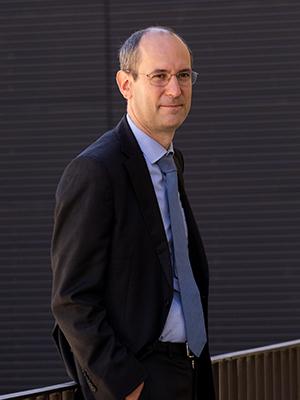 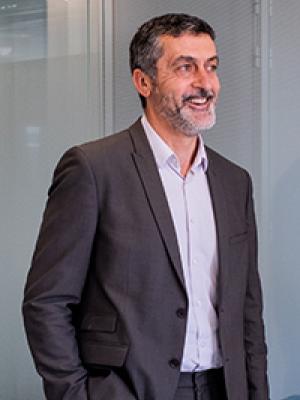 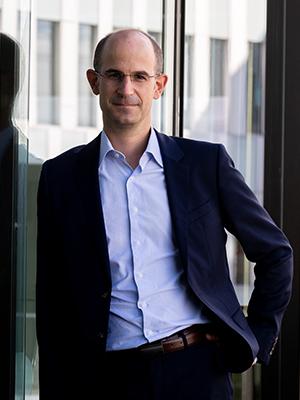 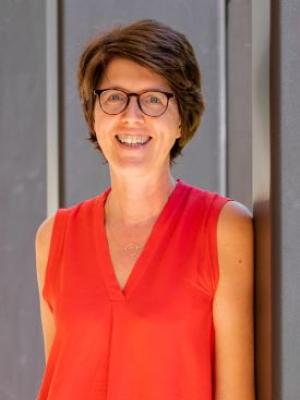 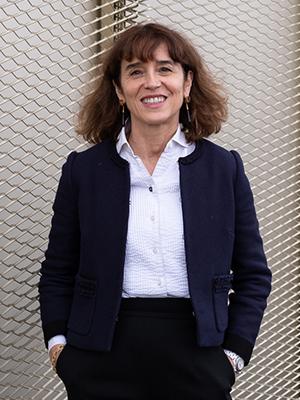 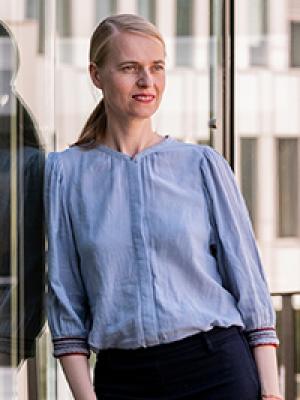 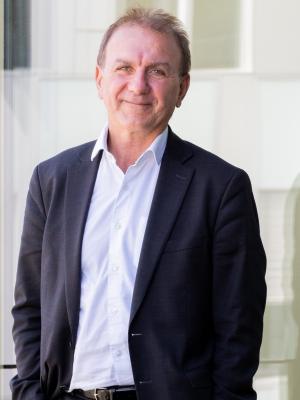 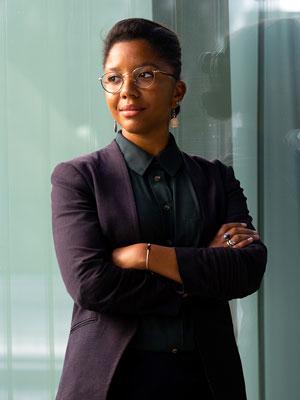 Luc Lallemand is 53 years of age and holds a merchant marine deck officer’s license, a degree in sales engineering, and a post-graduate degree in foreign exchange trading and international finance. He began his career in 1988 as a Deck Officer with Ahlers Shipping. In 1991, he joined the Belgian National Railway Company (SNCB) as a financial adviser. From 1995 onwards, he led a number of Belgian government projects to reform the transport sector (rail, air, inland waterways and maritime) and consolidate public finances. In 2002, Luc Lallemand became Chief Financial Officer and joined SNCB’s Executive Committee. When SNCB was split into three separate businesses in 2004, he became CEO and Chairman of the Executive Committee at Infrabel, Belgium’s rail infrastructure manager. A former board member of Réseau Ferré de France (RFF), he is also Chairman of the Vinçotte Group’s Board of Directors, and President of European Rail Infrastructure Managers.

A graduate of École Polytechnique and École Nationale des Ponts et Chaussées, Matthieu Chabanel began his career as a consultant engineer at SAFEGE, Suez Group’s engineering subsidiary, and later joined state-owned Agence de l’Eau Seine Normandie as a special adviser. In 2006, he moved to Direction Générale des Transports et de la Mer, where he initially worked as deputy director of inland and coastal ports, before becoming head of ports and inland waterway transport in 2008. In 2010, Matthieu Chabanel was appointed technical adviser on transport, infrastructure and urban planning issues to the office of the French Prime Minister. In April 2012, he joined Réseau Ferré de France as Assistant CEO for Marketing and Planning.

A graduate of Institut d’Études Politiques de Paris and École Nationale d’Administration, Alain Quinet held a variety of government positions in economics and finance from 1988 onwards. In 2002 he was appointed economic adviser to the French Prime Minister, and in 2005 he joined the Prime Minister’s office as deputy chief of staff for economic affairs. In 2007, he was appointed inspector general for finance and became a member of the board of directors of Réseau Ferré de France (RFF). From 2008 to 2010, he was chief financial officer at Caisse des Dépôts Group and chairman of CDC Infrastructure. In December 2010, Alain Quinet became RFF’s Deputy Chief Executive Officer. He has also been a member of France’s Economic Council for Sustainable Development since 2008 and a member of the French National Economic Commission since 2010.

A graduate of Telecom Paris Tech, Olivier Bancel joined SNCF in 1993 as a project leader in the Research division, moving on to a series of mainly operations-focused positions in network maintenance, on high-speed lines and in the Rhône-Alpes region. He later served as project leader for the Haut-Bugey line in central France, deputy director of infrastructure for the Southern region, and director of network maintenance for South-eastern France. From 2016 to 2018, Olivier Bancel headed asset management and digital technology at Systra, SNCF’s engineering subsidiary, subsequently returning to SNCF Réseau.

A graduate of École Polytechnique and École Nationale des Ponts et Chaussées, Guillaume Marbach began his career in 2002 at the French Ministry of Public Works and Transport, as head of a major roadworks department in Isère, in south-eastern France. In 2007 he joined SNCF, where he spearheaded two maintenance and engineering works units on the national rail network in the Auvergne-Rhône-Alpes region. In 2012 he was appointed General Manager of Fer de France, a trade association representing the entire French rail industry. He then moved to the Rolling Stock Division of SNCF Mobilités as Industrial Development Manager before being tasked in the summer of 2017 with leading the Group’s “Robustness” programme.

Isabelle Delon graduated from ESCP Business School and joined SNCF in 1991 as a marketing research analyst. She went on to hold several sales management positions in the Loire region and Normandy, and in 2002 became chief of staff at our regional division in Normandy. She moved to the Group’s HR Division in 2004, heading its executive recruitment and creating a customer-oriented culture. In 2007 she joined SNCF Voyages as leader of the e-ticket project and became sales director in 2010. In 2014 she was chosen to lead SNCF’s Shared HR Services Centres (later Optim HR Services), created to deliver quality services to the Group’s employees. Isabelle Delon joined SNCF Réseau in 2017 to head up its efforts to prepare for the open passenger market.

A graduate of École Polytechnique (1982) and École Nationale Supérieure des Mines de Paris, Jean-Claude Larrieu first joined SNCF in 1984 as Head of the Train Operation and Driving Unit. In 1992, he took over responsibility for driver training in the Transport Division and subsequently became Deputy Director for Freight in Lille, from 1996 to 2000. He then joined the staff of the SNCF Chairman’s office, where he was tasked with creating the Operations Division. In 2003, Jean-Claude Larrieu became regional director for the Nord Pas-de-Calais region, with particular responsibility for TER operations. He returned to Fret SNCF in 2006 as head of production and services and later as head of Chemicals, Special Shipments and Wagonloads. From 2010 to 2013 he was director of Operations and Processes (OPUS), moving to head up the Railway Operations division in July 2013. The division was integrated into SNCF Réseau in mid-2015. In 2018, he became head of operations for the North-East and Normandy region.

A graduate of École Nationale d’Administration and Haute École de Commerce, Anne Bosche-Lenoir began her career at the French Finance Ministry. After several years at the European Bank for Reconstruction and Development in London, she was appointed deputy director of the Finance Ministry’s budget division in 1999. In 2003, she moved to the Île-de-France Regional Council, where her work included helping to create STIF (now Île-de-France Mobilités), the organizing authority for the Paris public transport network. Ms Bosche-Lenoir joined SNCF in 2013 to lead the Group’s Audit and Risk Division, and later supervised onboarding of nearly 20,000 employees at our TER regional rail unit. From 2016, she served as TER’s deputy director, leading its talks with regional governments, overseeing transformation of its operations and preparing it for liberalisation of the contract transport market.

Florence Dartiguepeyrou holds a Maîtrise in Classics, a Diplôme d’Études Approfondies (DEA) in Art History and a Mastère in Media from ESCP Business School. She began her career as a special advisor at Canal+ before joining the group’s digital subsidiary. From 2002 onwards she held various positions at consulting agencies, where she did communications work for several large companies, local and regional authorities and agencies of the French State, specialising in health, transport, banking and CSR. In 2015 she became Company Secretary at an independent communications agency where she had previously been head of the Branding division, before supporting the agency’s development by managing organizational, legal and HR matters. At the same time, from 2008 to 2019 she contributed to the work of the Sustainable Development Committee of the French Association of Communications Consulting Agencies (AACC). She joined SNCF Réseau in 2019 as head of internal and external communications. Reporting to CEO Luc Lallemand, Florence Dartiguepeyrou will be tasked with developing outreach strategies for all the business’ external and internal stakeholders.

Georges Ichkanian has been Corporate Human Resources Director at SNCF Réseau since 2017. As a graduate of the Institut de Préparation à l’Administration et à la Gestion and of HEC Executive, and a certified coach, Georges Ichkanian has occupied a range of Human Resource management positions for nearly 30 years. From 1986 to 1992, he was HR Director at Sédoc, a company specialising in civil and military technical documentation and a subsidiary of the Thomson CSF Group. Then, from 1992 to 1995, he was HR Director at Sartec, an industrial metalwork and maintenance firm and Thyssen Group subsidiary.

From 1995 to 2000, he was in charge of Human Resources at Cariane, a passenger transport company and subsidiary of SNCF Participations. From 2000 to 2010, he was HR Director at the Générale de Santé Group, a European leader in the short and medium stay private hospital sector, in France and abroad. Finally, from 2011 to 2017, Georges Ichkanian headed the Human Resources Division of SNCF’s Multimodal Rail Freight Unit in France and abroad.

Zélia Césarion graduated from the Sorbonne with a degree in political communications. In 2010 she joined the office of France’s Housing Minister, serving as communications coordinator and later as press secretary. Two years later, she moved to the French National Assembly, acting as Parliamentary Assistant to the former Housing Minister, now representing the département of Marne in the Chamber of Deputies. During the same period, she served as Deputy Secretary General for Communications of the French Association of Parliamentary Aides (AFCP). In May 2017, she became Chief Press Secretary to the French Prime Minister, handling communications and media relations. On 15 October 2020 she joined SNCF Réseau, succeeding Radia Ouarti as Chief of Staff to the Chairman.